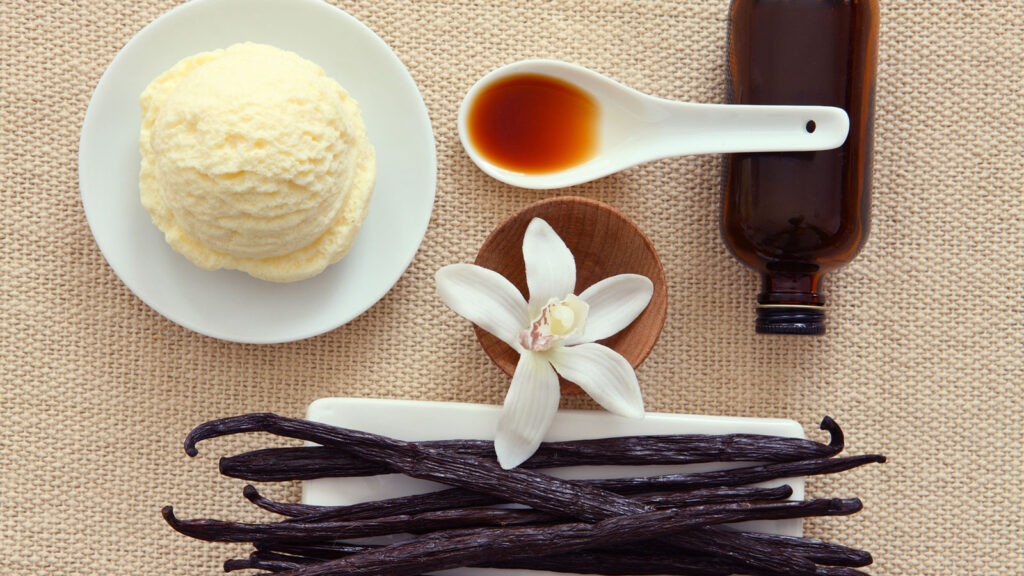 Is vanilla extract and vanilla essence the same thing?

How are vanilla essence and vanilla extract produced?

Vanilla extract is formed by soaking vanilla beans in a water and ethyl alcohol/PG mixture. Later, sugar, other sweeteners, corn syrup, etc., are also added. But vanilla essence is made by mixing water, ethanol, propylene glycol and many chemical flavours and colours. Due to the difference in its production, vanilla extract is less processed, has a stronger flavour, and is also expensive.

What is vanilla essence?

In many countries, the method of making vanilla essence is slightly different, as, in some, vanilla beans are also used. However, vanilla is the most common flavour of ice cream, and after saffron, it is considered the most expensive spice. This is because vanilla takes a lot of effort to grow and process; therefore is costly. If you take natural vanilla essence, it will also contain 2% to 3% alcohol. However, taking it in excess can be harmful to the liver, so only a few drops are used in recipes. 80% of the vanilla essence used worldwide comes from Indonesia, Bourbon, Tahiti and Mexico.
Myths about vanilla essence
The biggest myth associated with vanilla essence is that it originates from the anal glands of beavers. Yes, a kind of essence is extracted in this way too, but it’s not your regular vanilla essence. Instead, it comes in various commercial uses, and you don’t have to worry about it. Another myth associated with vanilla essence is that it doesn’t harm you. However, if you use it more than the prescribed amount, its chemicals can directly affect the liver.
Cooking tips related to vanilla essence
Vanilla essence should always be used only when the dish doesn’t heat up, i.e., after removing it from the gas or putting it in the microwave. It should not be placed directly on the heat as this can spoil the taste of your dish, making it difficult to digest. Vanilla essence is used in baking bread, cakes, pastries, drinks, custards, along many savoury products. In addition, vanilla is also used in tea, coffee, milk, etc.
How to choose vanilla essence
To choose a vanilla essence, look for a brand whose product is dark yellow or brown. The colour of pure natural vanilla is amber (bright dark yellow). When buying vanilla essence, you should also consider its alcohol content.
check madagaskar vanilla.
Sorry no more offers available
Report Abuse